The story of Rock`n`Roll made in Pula (and Istria)

This is a blog where you will find music from one of the richest rock-scene from Croatia, the city of PULA rock-scene.There will be some Istrian music too, as Istria is the region of Croatia to which Pula belongs to.You will find here how good and different was the Pula scene, with some of the bands recognised worldwide.
WELCOME TO PULA!
PS:All the infos about the bands are approximative, and will be changed with every useful info I get from the members of the bands!
PPS: Please notice that the NON-HIGHLIGHTED name of a certain release is a part of band`s audiography, but not available for download, for not having the permission or for respecting the authors rights. Or, of course, not yet in my possession.

This is actually a megapost, the shitty speed for uploading the videos makes me upload those videos for more than two weeks (too long to explain, actually, while I was uploading the videos, the internet in the whole house was incredibly low). But ok, now it is all up, so let me tell you the story, as a direcly involved guy in it.

PS: I would like to dedicate this post to all the guys in these videos that are not with us anymore:

P.S.2: after the DVD ripping, I noticed that there is only one audio channel, as much times I ripped that DVD, it always came only with one audio channel, so excuse me if I didn`t succeded in making it on both channels. The only thing I did is doubling the existing audio track, so it came out a bit louder.

This "guitar contest" (my free translation of the word "gitarijada") was probably the biggest GC in Pula since 1981 or 1983. There were the biggest number of bands there, all the bands had 15 minutes to expose themselves, The three members jury consisted of : Bruno Langer (Atomsko Sklonište), Paul Bilandžić (Lilihip) and Goran Šetić Zec (journalist). The bands were announced by Goran Šetić Zec.

First came out Pneumonia, at the time already evolved from a simple HC band to a more complicated crossover. On stage they looked pretty nervous, even they thrashed their set really good. Constantly provoking the audience, Pneumonia earned themselves the anger of the bouncers (who weren`t too familiar with pogo, moshing and similiar stuff) and had problems with them during the rest of that evening.

This was (as far as I know, never heard of them before or after this) their first and last gig, probably because the guitarist Klor very soon became the frontman of the Thrash-Death Metal band Sexton. What they showed here was a very harsh Death Metal, but fun performance. I remember that the guy on the bass was once (and I mean once, and I forgot the guys name) in plan for the next Devastation bassist.

Excalibur were probably the most experienced band that evening. When I say experienced, I mean the pedigree of most band`s members, mostly coming from Žablja Perspektiva and Kronos. The band very soon changed the name to Crna Ruža/Rosa Nera. I can`t remember too well, but I think this may be also their only live performance. Simple Hard`n`Heavy.

CC were the first Thrash/Speed Metal band from Pula after Devastation, and the performance here was completely sensational. Three of four band members will afterwards become members of Devastation/Hatross. This was in my opinion one of the best performances of the evening.

Yes, yes, I know... blah blah... at the time very few people in Pula knew about the Seattle`s Nirvana, so let`s skip this fact..

Nirvana was a rock band formed by members of the band Čudna Spika, plus the very talented vocalist previously in Sumrak Ideja, Davor Petraš Petko. If you ask me, I would compare them to The Cult, that kind of Hard Rock. As far as I remember, they didn`t lasted long.

Next up were The Swindle, a band whose members previously played in a band Diskretni Šarm Buržoazije, and after changed the name to Ulični. They play a very simplified Punk Rock, and here they haven`t surely got a brilliant night. First the bass drum in the first song was moving forward, and at the end the presenter cut their performance just before the last song.

Dionis were a very harsh Hard Rock band, favourites of the local girls, mostly for their love songs already popular in this discotheque. They had a slightly longer performance, and that was probably a fail from the presenter.

Well, as a directly involved guy, I must say that this was one of our worst performance ever. And during our show a fight started in the audience, and I was forced to stop the song.

But the surprise came later...

The only band of the evening that was not from Pula (we actually didn`t knew who were them and haven`t noticed them for the whole evening), TF were from Labin, and as such, I must admit, completely ignored. They also had the longest performance, while others were all around the 15 minutes, they extended their show to 20 minutes.

This was the special guests moment of the evening, a band made out of 14 year old boys, playing few very simple covers. Their show was actually pretty good, with the audience filled with little girls and boys from their school (the OŠ Neven Kirac).

Well, how to say this.. Devastation won the 1989 guitar contest. With a push from one jury member.

I myself would never give a dime on us, but... one time goes good to some, other time to others.

The final positions were 01. DEVASTATION 02.EXCALIBUR and 03.NIRVANA

PS: just before we started playing Napalm Fields, someone put a fire fountain in front of the stage, the fountain fell and lied horizontally, threatning to burn the cables on the stage. I went down to straighten it up, when the fountain started to throw sparks, right in my right eye. Luckily, I closed it very fast so I haven`t got injuries inside the eye, but had the eyelid pretty burned.

Of course, the moment is visible on this video.

Happy 2021 to everyone, I promise this year will be full of posts, and I will really try to present as much as I can, and as much as I provide recordings or pictures to present more bands that made the Rock scene from Pula and Istria from the early 60s.

Let`s start this year with a great (newer) band. Leaded by the ex-Udav frontman Bata (Darko Rajić). The bnad plays some kind of post-rockwith elements of psychedelia and ambiental music, but everything pretty depressive.The lyrics are about unpleasant things from everyday life.

The band by far recorded a four-track EP. Momentarily on hold, but anyway still active. 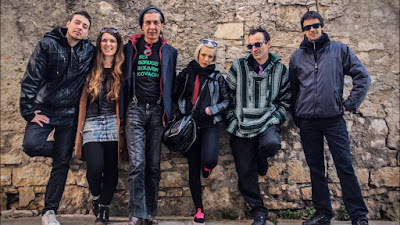 OLIVER KOVACH was a Pop-Punk-Rock band formed by the ex-AntiDrot member Hrvoje. The name was a combination of the names of two most popular croatian pop singers, OLIVER Dragojević and Mišo KOVAČ (the Č is pronounced CH). They played few years and in that period released one album and numerous videos.
OLIVER KOVACH - Pedro (video)
CD "Dok Slušaš, Ližeš" 2016
Posted by Alexcro at 16:03 No comments:

One day I tought about the deceased rockers who made Pula one of the most rocking city in Croatia since the early 60s, so I decided to make this page and put them all here in one place. There will be no biographies or whatever alike, just the name, pic, born/died and bands where the certain person played. Of course, there are no full dates, or no pics, and everything will be updated as I get the dates or the pics. I hope you`re gonna appreciate it. 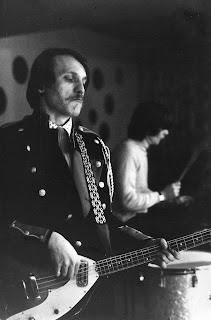 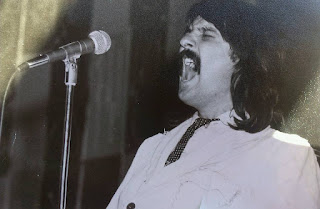 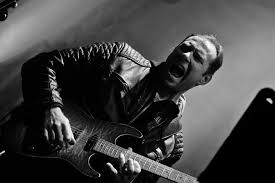 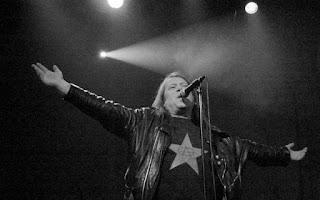 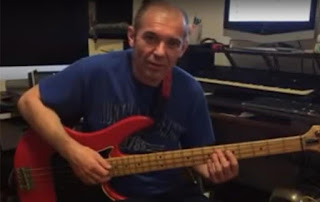 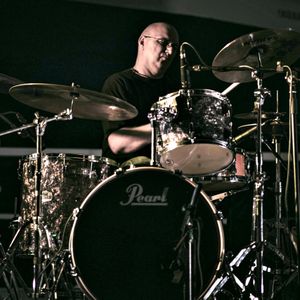 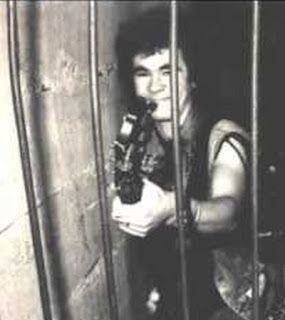 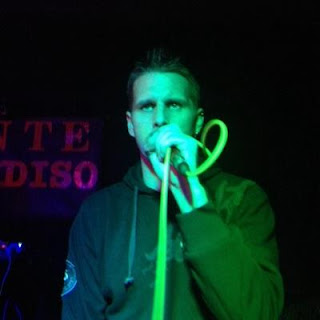 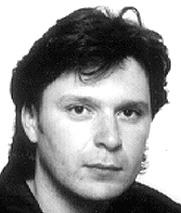 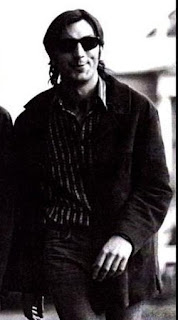 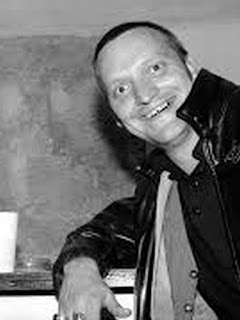 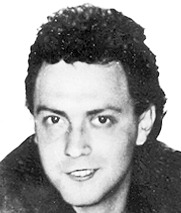 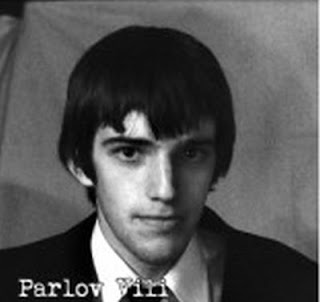 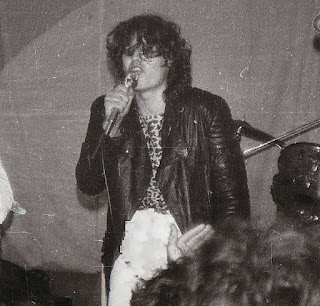 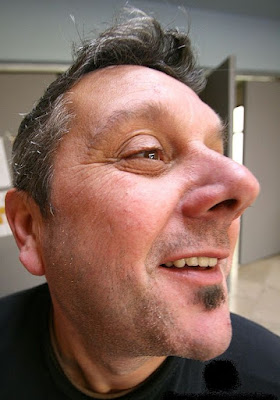 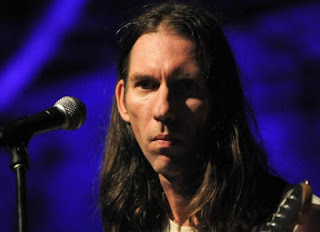 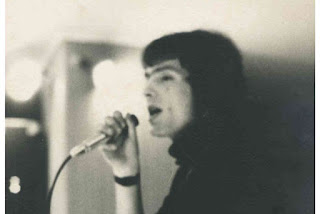 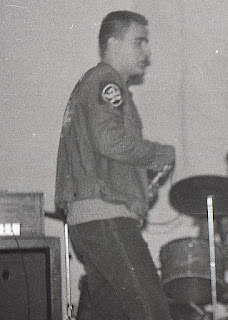 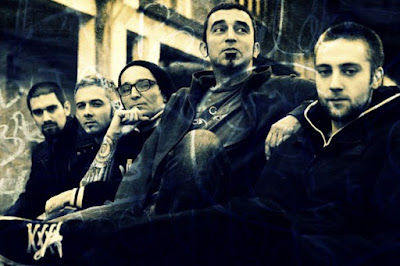 OSTACI ZVUKA  is an alternative rock band formed by Ivan Kraljević (formerly a member of Audio Remains). In their brief existence they played only two gigs, but recorded three videos, and released an EP. They are planning a reunion soon, so stay tuned.

FINALLY I will continue with this blog, for all those who followed it, this is great news. I got more bands and other nice stuff from the Pula or/and Istria, so stay tuned for new updates, much faster than in the last two years (sarcasm anybody?).

This post brings you a TV show aired last and this year on TV Nova from Pula. Unfortunately for all those that do not speak Croatian language (or serbian, or the most common language from the ex Yugoslavia), this will be a watching picture experience only. For most of the people from the ex Yu, this will be a nice TV show, including musicians from the very beginnings of Rock in Pula from the late 50s to the end of the 90s. Mr Damir Burić, who is the author of this serie is prepairing a book about the topic, so this is gonna be very important for the musical history of this little piece of the world.
There are 22 episodes in the first season, and 18 in the second season. I write what band is about at every episode, so you can choose the favourite episode, or simply watch them all.
Enjoy!
Update 2020: there is the final third season of the serie, but it is not about bands but about people from the scene. If you need it, find it on youtube.

Yes, I know, I am really sorry, I told you I will be on with the blog again, and then disappeared completely for more than a year...

Well, partly I was lazy, partly busy and lately I lost the login e-mail and password.. I completely forgot the login data, and finally I found it!! So I am back again, this time I will try to go on with this worthy blog and I can already announce I got some very interesting things you will like!!

Just relog into this blog and wait for nice stuff here!! 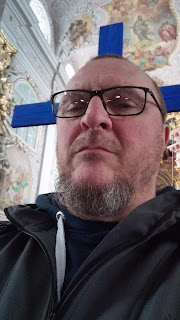 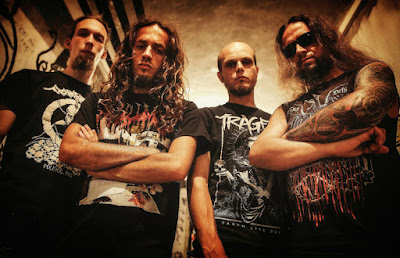 In the next few posts I will present few new or relatively new bands from Pula, there will be probably not much things to say about them, but they must be spotted right now!
One of the momentarily most active bands from Pula is Dropthehammer, a young Death Metal band founded in 2014. 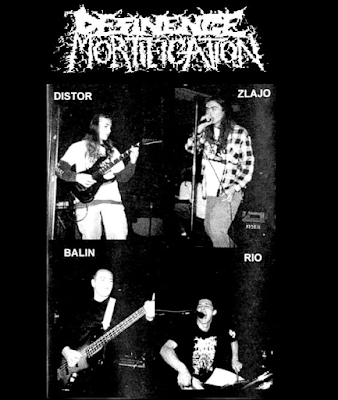 Desinence Mortification is one of the oldest grindcore bands of Croatia, with a lot of line up changes and even more releases, official or unofficial. Any time they changed line up, they were extremely fast in regenerating and were very active all the years of their existence. Unfortunately, in 2015, due to personal issues of some members, the band disbanded. It is not excluded a return, but momentarily it is a thing put to sleep.
The stuff I will put here is put completely unchronologically, as they have so much stuff hard to put here in a right order. (finally I managed it by order somehow ...)

Pula and Istria on the net !